To get the Twitch chat to appear on the screen of my brother’s [original iPad](https://en.wikipedia.org/wiki/IPad_(1st_generation). 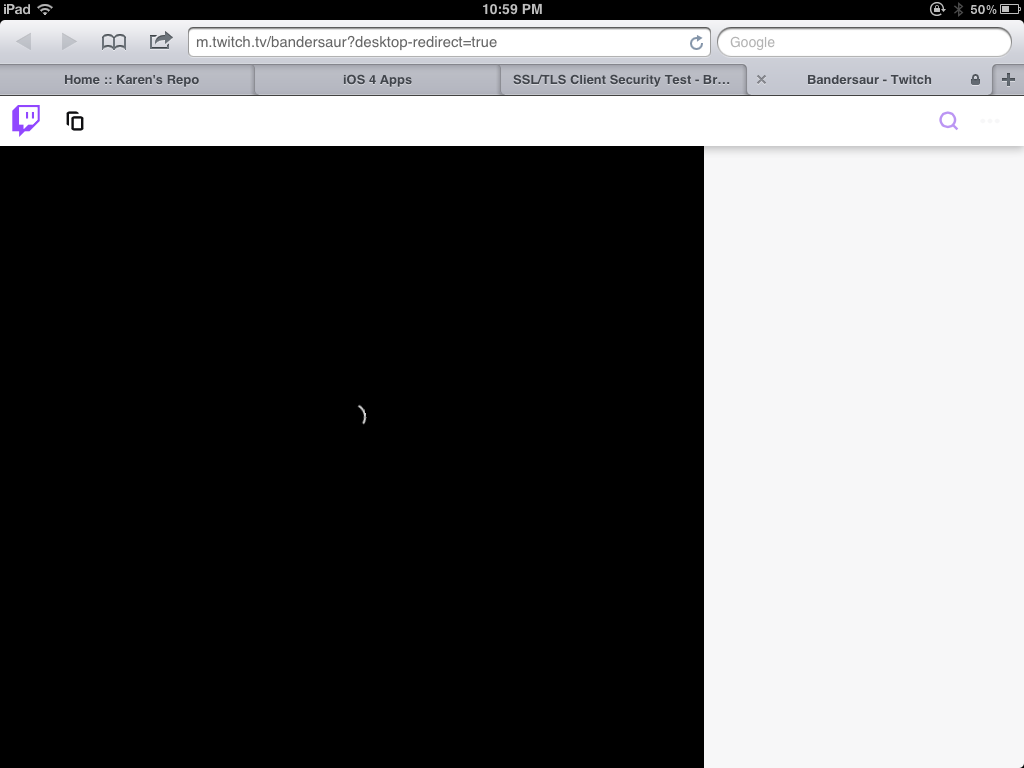 Safari just doesn’t know what to do with the modern web.

Could we get a terminal based IRC client running in the iOS Terminal on a jailbroken iPad? And if so, could we connect it to Twitch to get the Twitch chat?

Note: I’m going to assume you know some basic things about a *nix terminal environment, such as navigating to different directories, running commands, etc. If not, there are plenty of tutorials waiting for you!